As an implementation of support for translating or transliterating the tracklists on foreign releases, MusicBrainz has something called “Pseudo-Releases.” They are meant to be used alongside the database entry for the original, real release to contain alternate tracklists.

Unfortunately, many MusicBrainz users weren’t quite sure on when the “Pseudo-Release” status should be used, and incorrectly set it instead of the correct status like “Official”, “Bootleg”, or “Other” on some releases. And a few translated tracklists have the status set correctly—but aren’t linked back to the original version of the release.

In order to help find and fix these issues in the database, I’ve created a new report: “pseudo-releases without transl*tion relationships”, in code review now. It looks pretty sweet: 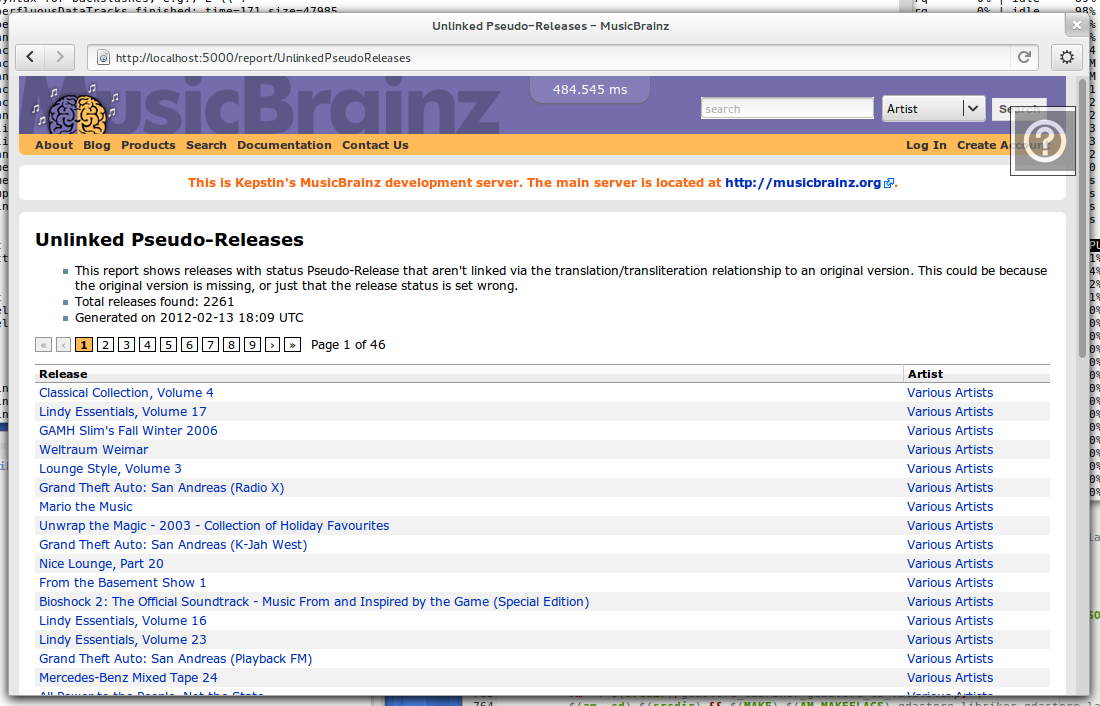